Ollia Tzarina – a girl who dressed half of Hollywood and keeps being linked to the A list stars ( for all of the right reasons) is venturing out into the organic skincare.

She made a name in fashion in the short 2 years with her brand ‘Tzarina By Ollia’, which was seen on everybody from Cardi B to the queen Beyonce, French Montana and Kylie Jenner. When she launched the brand the industry was very welcoming and the magazine features followed, MTV called, Vogue did articles, she was named the most beautiful designs of all time by FHM. Dated the billionaire heir Alistair Barclay whose family owns the Telegraph and The Ritz. But one day while on a holiday she woke up to 7000 anti-fur hate messages in her Instagram inbox ( @oli_tzari), this happened right after a night when Ariana Grande wore Ollia’s jacket to a women’s march in New York City despite claiming she was a vegetarian throughout her entire career. Ollia decided she has had enough of the negative energy being thrown at her left and right, people were messaging her things such as ‘ hope your plane crashes ‘ .. Ollia took a major break that lasted 4 months, she went to Africa with her best friend, Boston educated Asghar Akhtar Khan who happens to be a billionaire heir to one of the largest industrial groups in Asia. While there, they met families who owned lands and plantations and manufactured their own beauty products. Ollia is a beauty junkie who is obsessed about her skin, started testing the homemade products and fell in love. She discovered that some of the exotic oils that are not even widely used or known in Europe had such fantastic properties and effects on her skin, she wanted to bring it to Europe right away. To Sephora, to Harrods to Net-a-Porter. To show people that exotic oils and particular mixes of them hydrate your skin better than some mainstream beauty products that are packed with chemicals. That oils can cure acne and psoriasis, can boost collagen production and are safe to use for pregnant women or people with autoimmune conditions that should stay away from chemicals all together! This is how the idea for Bio Lab Exotique was born. Ollia and Asghar became business partners, purchased some land, found a few nice families that were passionate about nature, that now live on the land, that grow and harvest plants and seeds for Bio Lab Exotique, with love and care. Ollia was just seen on the Euronews channel discussing all the benefits and long term sustainability of her new brand. The brand is coming out with two products, Bio Lab Exotique ‘YOUTH’ and Bio Lab Exotique ‘ ELIXIR’ both will retail for an affordable price of 40 and 45 USD. We are very excited to get our hands on these two potions, brought to us by the girl who is coming from the world of beauty and celebrity, someone who has been using the most expensive skincare on the market and someone who now says the effects of the exotic oils that she discovered can match if not to outmatch those products.

Bio lab exotique will be shortly available to buy on www.olitzari.com

Tips To Make The Most Of Your Violin Lessons 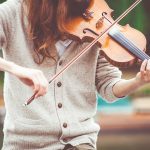 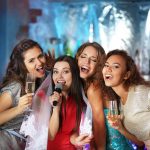 Tips And Tricks In Throwing A Perfect Bachelorette Party