Wonder Woman is the chick movie to watch for Summer 2017. This take on an old comic character is special because it is a recreation of the character at its origin. Wonder Woman made her screen debut n Batman vs. Superman: Dawn of Justice, but this film’s focus is on Wonder Woman’s beginnings as an immortal warrior princess.

Wonder Woman fights for justice and takes her place as a superheroine on the big screen in Wonder Woman. For years, Wonder Woman reigned over American television, and it is likely that this new movie will set her apart from the superheroes she starred with in Batman vs. Superman: Dawn of Justice. The Wonder Woman of television that you know and love was a polished American heroine, but Diana Prince of the trailer of the 2017 Wonder Woman movie online is a woman from a primitive setting. She is a less sophisticated superheroine. Her character transforms from the warrior princess of the island of Themyscira to the avenger of justice in London during World War I.

The Amazon princess (Gal Gadot) is the daughter of an immortal father. Diana meets an American pilot who is stranded on her island’s shore. He tells her about the Great War happening beyond the ocean, and Diana makes a difficult decision to leave home to fight for justice. The Wonder Woman movie online trailer showcases snippets of the epic battles of World War I that the warrior princess engages in.

Diana Prince is not a dainty princess. She is a tough as nails, statuesque woman who has been trained in the art of war. She doesn’t back down from a challenge, and she quickly proves that she deserves the moniker Wonder Woman. This is an action-packed film that could be considered a prequel to Batman vs. Superman: Dawn of Justice because it offers the backstory for Diana Prince. The modern Wonder Woman and the one made famous by Lynda Carter are elegant and regal. The 2017 Wonder Woman of World War I has a style all her own.

If you are not a comic fan, the Wonder Woman movie is still the movie you must see this summer. The World War I setting of London and Paris make this film a must see for the history buff. Not only is the scenery beautiful, Gal Gadot is fabulous as Wonder Woman. Combining her beauty with the setting is perfection for the epic battle scenes. Wonder Woman is much more than a live action superhero cartoon character movie. Wonder Woman is no ordinary superhero; she is an American icon. The 2017 movie brings her story to the forefront of how she became a fighter for justice. For years, she has taken a backseat to her male superhero counterparts: Superman, Spiderman, and Batman. It is time that the spotlight shines on Wonder Woman in a starring role.
Another reason to go see this chick film for the guys in the crowd is the revealing costume of Wonder Woman. It isn’t the same costume you remember from the television show made famous by Lynda Carter. This costume is much more earthy and risqué, especially for the World War I era setting. You wouldn’t find any other woman of the period wearing such revealing attire. Flappers of the 1920s were women of ill-repute, but Wonder Woman is certainly a reputable heroine, fighting for justice.

You can find many descriptions about the wonder woman 2017 full movie stream online , but only one word is really necessary: awesome. From the cast to the script, this Wonder Woman movie has the makings to be a box office smash. If you only pick one movie to see this summer, it should be Wonder Woman.

Five Of The Worst Albums Ever Made 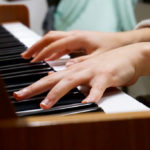 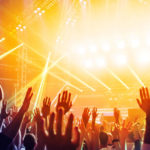